ORISON overall project aims at boosting several fields of astronomy with the improvement of scientific instrumentation. The current action is addressed to carry out feasibility and design studies of an astronomically-oriented research infrastructure based on a balloon facility. This infrastructure can deploy one or several small-to-medium-sized telescopes and a suite of other scientific instruments as light payloads to do state of the art research at acceptable costs, and not necessarily from remote locations. Part of the goals of the proyect is to define which system will be the best to give service to the biggest group of astronomers. 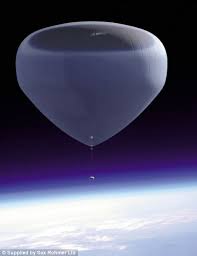 Astronomical observations (and astronomical experiments) on Earth are severely affected by the Earth’s atmosphere[1]. There are many problems associated with the limitations that Earth’s atmosphere imposes. To name a few, atmospheric turbulence dramatically degrades the image quality that telescopes can deliver, atmospheric absorption completely blocks the radiation at certain wavelengths, the scattering and emissions by the atmosphere cause enormous background noise, and bad weather prevents observations. These and other problems are discussed at length in Background section. The major limitations are in observations carried out through the use of telescopes at different parts of the electromagnetic spectrum, including the visible range.
Yet in astronomy we try to observe not only in the electromagnetic spectrum. We also try to detect cosmic rays, all sorts of elementary particles and we even measure perturbations in the magnetic fields because from those data one can derive plenty of valuable information on astrophysical processes. We also try to observe and study particulates and bodies that collide with the Earth, as they carry important information on our closest astrophysical environment. Most of the astronomers usually refer to this second group of activities as “experiments” rather than observations, but they are actually observations because we cannot control the experiment and we are thus mere witnesses.

The usual solution to overcome almost all the problems stated above is the development of specific space missions, such as the Hubble Space Telescope, whose costs are immense and whose availability is highly restricted. Space missions, besides the immense costs involved, are usually very risky and are subject to irrecoverable failures. Besides, they take very long to implement and launch, they usually suffer delays and by the time they are launched part of their instrumentation is already nearly obsolete. 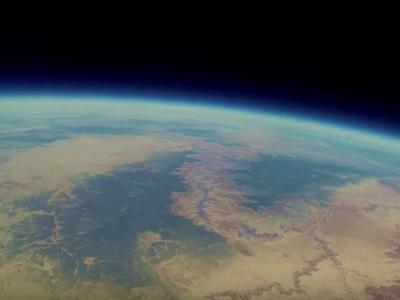 Stratospheric balloon solutions have been used in the past to overcome some of the problems listed in the previous section, but most of the balloon missions were carried out with expensive balloons launched with very heavy payloads and launched from Antarctica or near the North Pole to take advantage of the special pattern of wind circulation there.

Our approach is the use of small low-cost stratospheric balloons, either individually or as a fleet, equipped with light-weight medium-sized telescopes and other instruments to perform specific tasks in short-duration missions. They can carry different payloads for specific “experiments” too, and should be configurable to some degree to accommodate variable instrumentation. These balloon-based telescopes should be designed to be launched from many sites on Earth, not necessarily from remote sites such as Antarctica or near the North Pole and at low cost.

The specific objectives of the current project to reach out the expected results of the overall ORISON are:
The relevance of ORISON must be evaluated both short and long term.  In the short term, ORISON will enable a more efficient use of resources used in current lines of basic research as well as the access to new ones. From a broader perspective, ORISON and astronomical research in general is essential in our-day live. In long term, fruits of scientific and technological development in astronomy have relevant applications for economy and society, as has happened with applications such as Personal Computers, Communication Satellites, Mobile Phones, Global Positioning Systems, Solar Panels and Magnetic Resonance Imaging (MRI) scanners. Although the importance of these advances has focused mainly on the technology and knowledge transfer, perhaps the most important contribution is still the fact that astronomy makes us aware of how we fit into the vast Universe.[2]
[1] Spitzer (1979). Quarterly Journal of the Royal Astronomical Society, Vol. 20, p.29
[2] International Astronomical Union: https://www.iau.org/public/themes/astronomy_in_everyday_life/